Why the four-day work week is not ideal 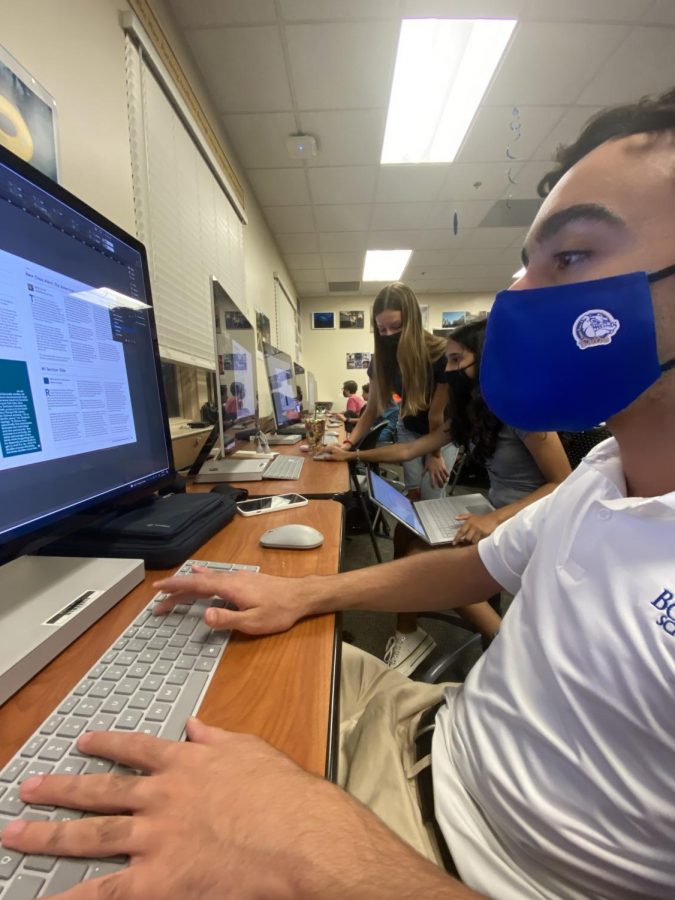 Students use computers to work on InDesign skills in the classroom.

Since 2015, the Icelandic trials offered roughly 85% of workers the option for a four day week, without reduced pay. Preliminary results from Microsoft Japan’s trials show productivity boosted to a notable extent. Advocates of the four-day week regularly cite these trials. However, said data originates from small-scale experiments that don’t accurately reflect the potential outcomes of a four-day work week within the US, a structurally complex nation with 330 million citizens.

Executing the four-day work week on a national scale would be a Byzantine process. Questions arise: “Which sectors will it apply to?”, “Will it appear in the form of a legislative fiat?”, and “If so, can companies deny workers a four-day work week?”

It simply can’t be logically posited that the results from the trials of a Scandinavian island’s four-day work week would be just as fruitful in the US, and it certainly isn’t worth the risk of handing out three-day weekends.

But let’s just say, in any proponent’s utopia, that every company in the US were required to provide their workers a four-day work week, no exceptions. Though Microsoft or Google workers who are assigned weekly tasks may be able to smoothly finish their work digitally within four-days, thus “boosting” productivity, workers from other economic spheres will not experience the same privilege.

In the 3rd quarter of 2019, manufacturing comprised $2.35 trillion of the US economy, or nearly 11%. Slashing 1/5th the weekly time dedicated to manufacturing would bring along a logistical nightmare in terms of rescheduling and inevitably necessitate restructuring supply chains.

This is because less overall time to accomplish the same amount of work will bring about lower-quality work- and in the case of manufacturing, less time for housekeeping tasks, i.e. communication with partner companies, shipping businesses, and distribution services, all critical elements of the supply chain for sectors such steel production, automobiles, and petroleum.

To avoid the four-day workweek, corporations will move abroad.

University of North Florida economics professor Dr. Andres Gallo, who specializes in international economics, said, “Say that in the US, everybody goes for this. And companies, no one wants to work for a company where you work traditional hours. So the company may decide, well, wait a minute, I can move my operations to Brazil, because they’re still working six days a week.”

Companies moving abroad would erode job opportunities from the domestic workforce, and morality becomes a subject. Working conditions in manufacturing corporations such as Foxconn are squalid, some Taiwanese tech-line workers “sleep in dormitories that have up to thirty people living in a three bedroom flat. Workers also frequently have to work… to the tune of eighty hours per week,” according to Bennet O’Brien for the International Trade Forum.

It is estimated by the National Conference of State Legislatures that 560 school districts across 25 states have a minimum of 1 school with a four-day school week. Though the notion of a four-day school week may sound enchanting at first, just look at the facts: According to the Institute of Labor Economies, “We find negative impacts for both math and ELA achievement when examining four-day school weeks nationally…”

Keep in mind, these findings are based on four-day schedules with lengthened days, with total instructional time equivalent to that of regular school schedules.

Should the student populace of America decline in ELA and mathematics performance as a result of the four-day school week, one can only assume the worst: dumber people. This almost immediately translates to a less competitive future America on the international stage, with ossifying innovation standards for medicine, technology, etc.

Moreover, it is an unhealthy mentality to perceive school as a chore, a four-day logjam everyone is all qui vive about. Instead, education and workplace contribution should be embraced as a constant upward journey to better places. An Association for Psychological Science research paper last year “indicated that people who are busy tend to be happier than those who are idle, whether their busyness is purposeful or not.”