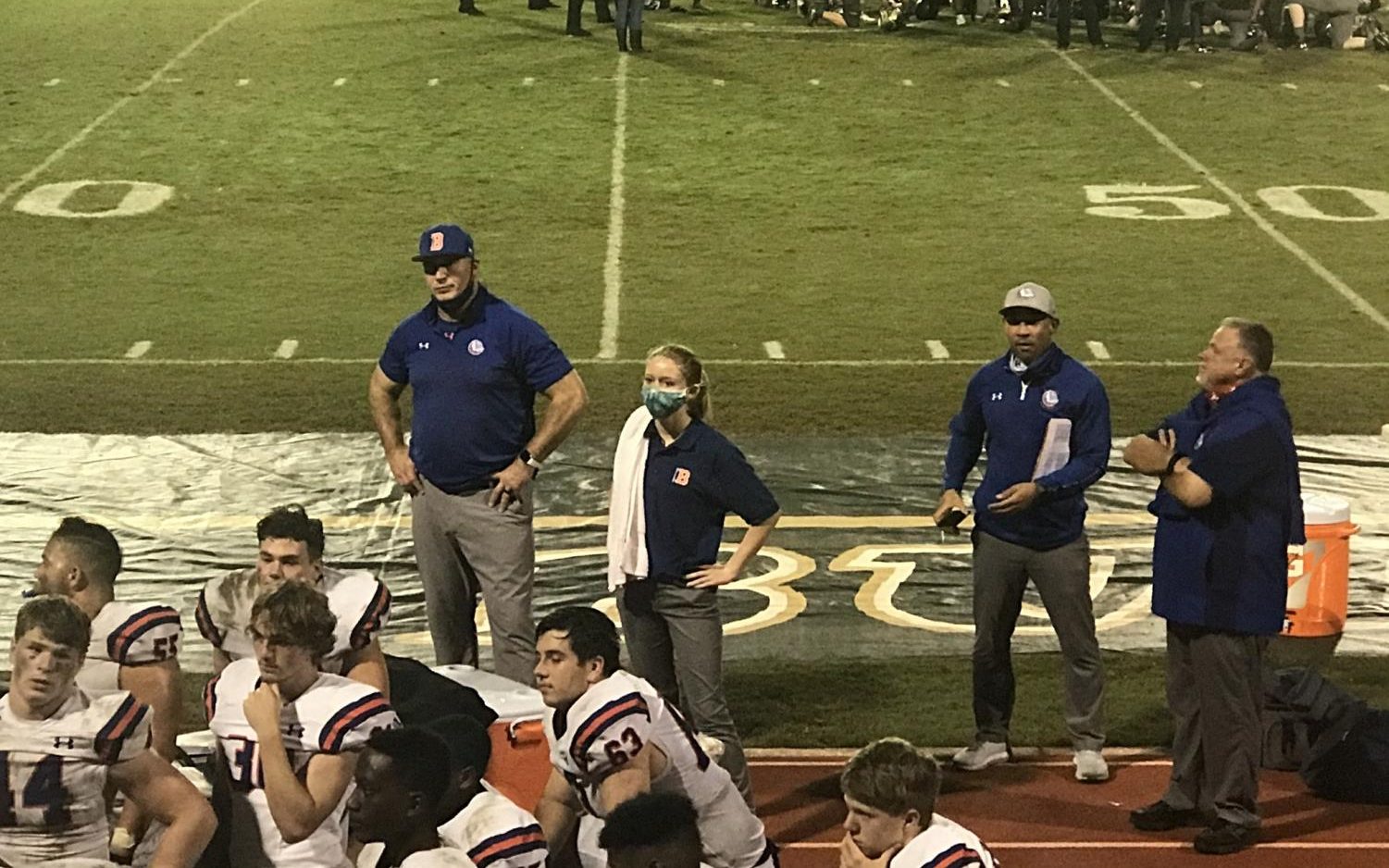 Stasiak on the sidelines with members of the football team and staff. (Brandy Stasiak)

Stasiak on the sidelines with members of the football team and staff.

Behind The Friday Night Lights: A manager’s dedication to the game

Amid all the corona chaos in the fall of 2020, you may have overlooked a new addition to our decorated football team. Emma Stasiak (‘22,) a transfer to Bolles from St. Johns Country Day, brought her experience with the game to the field.

Stasiak is the only female member of the football team or staff. One might wonder if this presents any challenges, but Stasiak says that she doesn’t even notice it.

Stasiak said, “Once I am around them, my mindset just entirely changes. I just go into football mode, and it’s like Emma does not exist anymore.”

Stasiak has been intrigued about football ever since she was a child, which led her to become the team manager at her previous school.

When transferring to Bolles, Stasiak wanted to continue to manage football. On top of that, she knew managing would be a great way to meet friends, “It was very very helpful in the beginning because I didn’t know anyone.”

It’s so fun just to interact with people and know that you’re doing something that is helping them.”

Stasiak points out that being a new student in a time of hybrid learning could have been challenging, “Like I came into Bolles knowing one person, and so it was really helpful to have…especially with the blended thing.”

Stasiak refers to her position as, “a little bit like a glorified watergirl and mechanic. But I absolutely despise being called a watergirl. I do more than that.”

Which makes sense because her responsibilities as a manager are endless.

Some of Stasiak’s challenges have included cracked hands from wearing gloves, dodging in and out of the locker room, sprinting to run errands for coaches and going through canisters of Clorox wipes.

“Anytime anyone tells you that you don’t have to actually work to be a manager,” Stasiak said, “They’re lying.”

While the football season does have a definite beginning and an end, Stasiak has never managed this long of a season, “I’m just exhausted honestly. It’s just exhausting because at my old school we never went past like October, and then this year we went all the way up until Christmas break.”

Coach Toblin commented that Stasiak was “Simply awesome. She is awesome. That’s all. Awesome.”

Stasiak did initially struggle to establish authority during her first season at Bolles. “I just have the most respect for them and I like to think that they have a lot of respect for me. Because I do work hard to make their job easier. I just tell them all the time it’s like I’m here to help you do your job so you help me help you.”

I just have the most respect for them and I like to think that they have a lot of respect for me.”

Stasiak’s dedication to the football team probably comes from her commitment to helping others. Stasiak has aspirations to study sports medicine in college, and eventually become a physical therapist. Over the summer Stasiak interned at a physical therapist’s office, “It’s so fun just to interact with people and know that you’re doing something that is helping them.”

The football team had an impressive season, and competed in the state championship, placing second to Cardinal Gibbons High School. 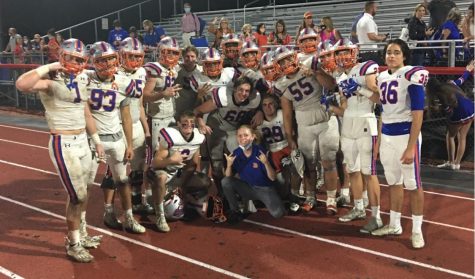 Stasiak’s passion for the sport and dedication to the team has without a doubt helped lead the team to success.

Stasiak said the best feeling is, “Whenever I hear that one of them gets an offer or one of them commits. I’m just so proud of all of them because I know how much work they put in. I see every single day how hard they push themselves.”

Stasiak feels that her work with the team makes her an advocate for viewing high school football players as transcending stereotypes of jocks. “I just have the most respect for all of them and I think it does a lot for me because I know that they don’t fit the stereotype of just like ‘Oh, like this stupid football player jock dudes.’”

Stasiak considers her most important accomplishment the bonds that she has created with members of the team. “They’re all amazing, I would defend all of them to my last breath, they’re great.”

Emma wants to make sure that the team manager legacy continues to live on, “I’m actually trying to like find some freshman or sophomore who will like to continue it. It’s so helpful to the coaches and it’s just such a good experience in general. You just learn how to manage things and very smelly boys which is an extra challenge.”

Next year, Emma will be a senior and the 2021 fall season will be her last managing season.

Stasiak said, “I’m so excited to come back in a couple of years and see how much they’ve grown. I think it’s just so exciting to be a part of somebody else’s life like that. It’s just really awesome to be able to kind of tag along for the ride.”

Katie Creveling, Contributing Writer
Senior Katie Creveling is a second-year contributing writer and photographer. She enjoys hanging out with her family, her two dogs, and two cats, and loves literature and writing. With her strong independence and work ethic, Katie hopes to go into political science. 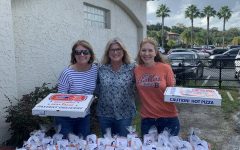 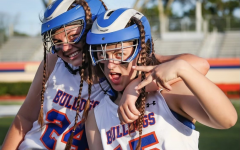 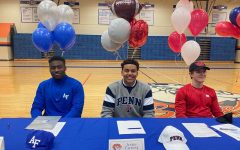 From Startings to Signings 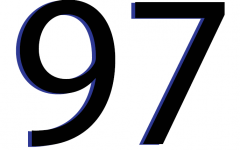 Swimming in the Sunshine State 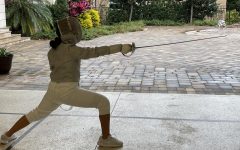