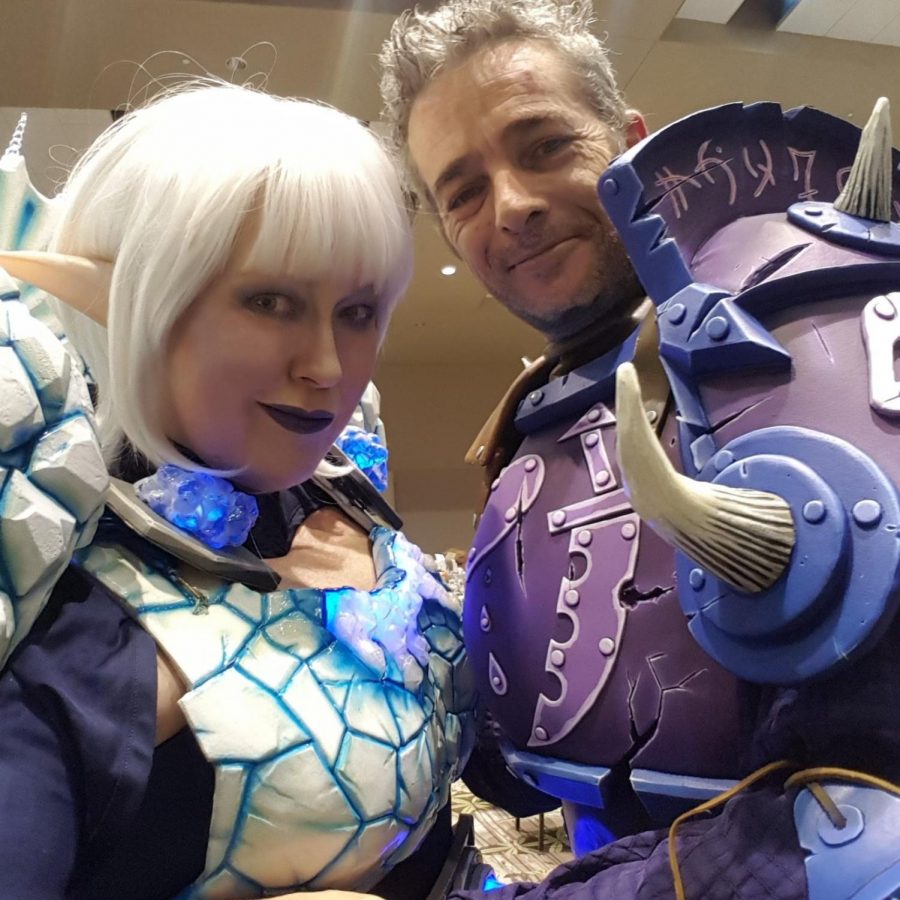 The popular app, TikTok, attracts many different groups including the vast community of Cosplayers. Cosplay lets people dress up as their favorite characters with great accuracy, to express their love for a movie or book. TikTok has allowed Cosplay to evolve. Cosplayers can act in skits and duet with other cosplayers’ TikToks. With a great following, sophomore Livvy White (‘23) shares her love for movies and book through cosplay on TikTok. 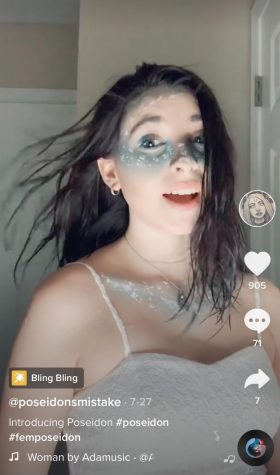 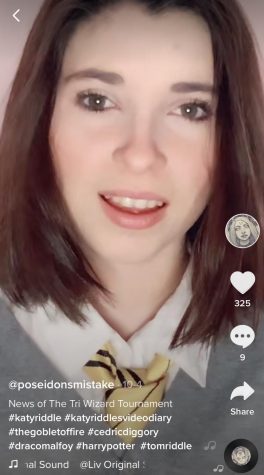 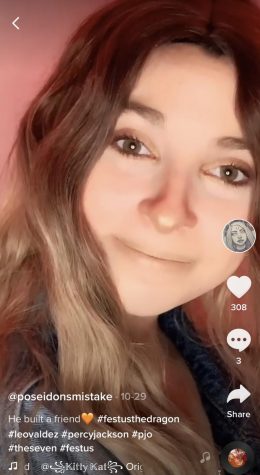 How did you first hear about TikTok and when did you create your account?

“I first heard about TikTok at school. Out of curiosity and boredom, I decided to download the app and see what all the hype was about. At first, I made an account to like and comment on people’s videos. I did not create my cosplay account until the start of quarantine, which was two months after I had downloaded TikTok.” Livvy explained.

“My favorite theme of cosplay to play is Percy Jackson and Harry Potter because I love the series.” Livvy said.  From her TikTok, Livvy has posted with the character, Leo Valdez, recently.

How does the behind the scenes with makeup and costumes work?

“One of the best and most parts of the behind the scenes and cosplay in general is getting into it. I do my own makeup. For costumes, I either buy or even make my own costumes.” Livvy explained.

How did you gain your fan base?

“Well in the beginning, my intent was to make TikTok for myself, not to get followers. For me it just happened, I gained about 400 followers overnight. My fan gave me the momentum and more of a reason to keep going. My next goal is to hit 10k followers.” Livvy revealed. (As of 11/17, she has 9460 followers). In reference to her TikTok on May 1st Livvy thanked her followers with a cheerful video.

As cosplay is a giant community, have you felt a part of it?

Yes, I have felt a part of this big community.I have made many friends throughout the world because of TikTok and cosplay. I have a good friend from England and others from Australia, New Zealand, and Ireland.

Is there any advice you would give to someone who is just starting out TikTok Cosplay?

“I would say make videos about what makes you happy. If you are not enjoying what you’re doing, don’t do it. The reason I am still doing cosplay on TikTok is because I truly enjoy it. Also it can take a mental toll on a person so take breaks when you need them.” Livvy admitted.

Fred and Elle Reed, from Jacksonville, are a power couple who create and do cosplay together.

“It was eight or nine years ago when a friend of ours told us about a convention in Atlanta called, Dragoncon,” said Elle, “It sounded like this nerdy place where everybody got together and had a great time.”

The Reeds admire the cosplay youth on TikTok. “It never ceases to amaze me the talent that exists among such a young group.” Elle said.

The couple designs their own costumes but the two take very different approaches. “Elle is extraordinarily methodical.” Fred admitted. Elle researches the cosplay she’s creating, especially for fabrics and patterns. When planning her approach, she often uses lists and white boards.

Differing from his wife, Fred confessed, “I get an idea and go running into my craft room and start building stuff without real thought” Though it seems messy, Fred believes it works for his thought process. “Everything I need to build it just turns up in one fell swoop.” He primarily uses foam and plastic materials.

As for the makeup, Elle does it for both of them. “Most of what I do is visually driven, so I’ll find examples or suggestions,” she explained. Occasionally, she gets extra creative, “I have been known to super glue something to a person which is not great, but it is kind of what you do for the costume.”

The duo has favorites. Fred’s favorite, The Big Mek Ork from Warhammer, a fantasy game, “was fun to build because Ork technology is kind of wacky, I could make mistakes on it.”

Elle’s favorite was the Frost Mage from World of Warcraft, a video game “It is a blast. I mean you get to wear the ears, why would you not love that?” Another favorite of hers is Ursula from the Little Mermaid, “You can be over the top and a bit wild and crazy.” she explained.

In their many years of cosplay, they have acquired much knowledge. “Be truly open to constructive criticism to somebody who is trustworthy and kind enough to not be mean,” Elle advised. “The first couple things that you produce,” Fred added, “are going to be awful and that’s okay.”