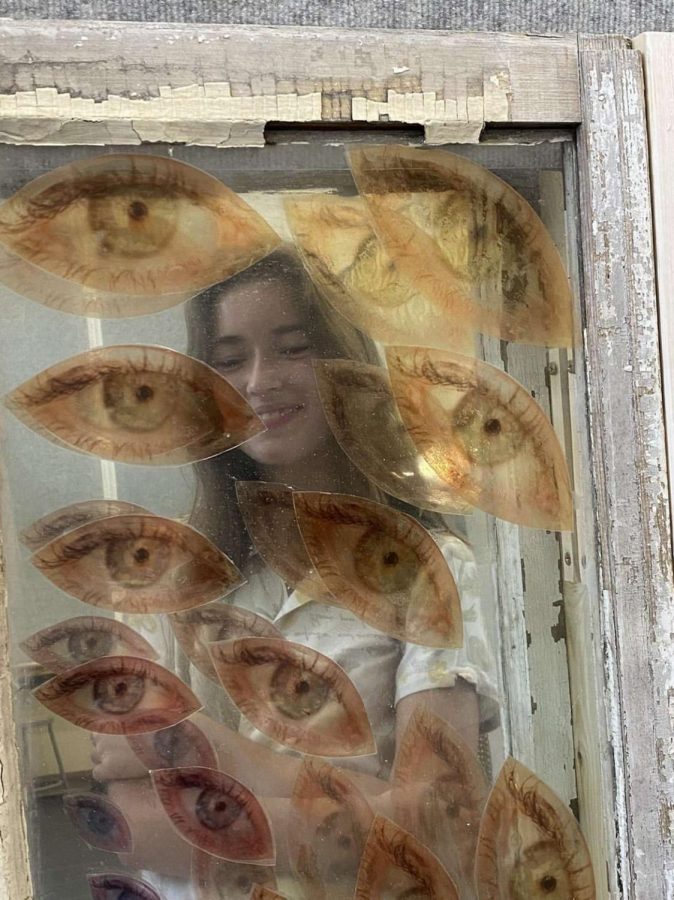 Lusk’s work focuses on themes of perception, which she uses eyes and mirrors to represent. Much of her artwork is displayed on her Instagram page, @natalieluskart.

Natalie Lusk ‘22 had no idea that a graphic design class she signed up for during her freshman year in Tennessee would spark a lifelong interest in the arts.

Objects that seem mundane to most can be inspiring to Lusk. “Found objects and garbage, honestly, inspires me a lot,” she said. She often finds these objects at Eco Relics, or simply on the side of the road where her neighbors discard them. One such example is her salvage of an old door with chipped paint one of her neighbors was disposing of. Using transparency paper, Lusk covered the windows of the door and made them look like stained glass.

Lusk’s creative process begins with finding an idea she wants to explore through art. Inspiration strikes in a number of ways; she either sits and contemplates until she develops a physical concept she wants to create or an abstract one she wishes to explore, or she may find inspiration in everyday life.

Describing herself as an interdisciplinary artist, Lusk experiments with collaging, graphic design, drawing, painting, photography, and multimedia work, as well as creative writing. Writing often forms the foundation for her work, as she states, “I typically start with a word concept that I want to express, and then I’ll turn it into something visual.”

After getting her thoughts into words, she researches project ideas using both classical influences from her AP Art History class and contemporary ones like Pinterest boards and multimedia artist Tony Oursler. Faces and eyes figure prominently in Oursler’s eclectic works, something that transfers to Lusk’s art.

She describes the theme of eyes as representing not only physical sight, but also spiritual perception, saying, “I love exploring tangible stuff, and then stuff that isn’t tangible, like the ephemeral, and how they interact to form reality.”

Lusk considers one of her pieces about perception to be her favorite piece yet. She described it, saying, “It’s a window, and I have a bunch of transparent eyes that are surrounded by the window and then there’s a mirror behind the window. So that reflects the eyes onto the mirror, and it looks like you’re looking into an abyss of eyes.”

She initially used this theme of perception to express complex emotions during a difficult time in her life. Describing the significance of a project on the five senses she did during her freshman year, Lusk said, “I was feeling a lot of big emotions that I felt really correlated with physical stuff. So I did stuff about jealousy and I did stuff about intrusive thoughts and just how that all relates to physical sensations and like how they really correlated with emotional sensations.”

Lusk writes her ideas down in the form of scattered thoughts in her sketchbook. However, she often experiments with poetry and hopes to major in creative writing in college.

Cameron Gratz, Copy Editor
Cameron Gratz is a junior and the Bugle's Copy Editor for the 2021-2022 school year. As a member of the school's speech and debate team and robotics team, he is active in many extracurriculars in school, and plays video games when not in school (though he claims he is not that good). A satire specialist, he hopes to regularize his satire column for every issue. He would like his readers to know that he is ambivalent on the topic of pineapple on pizza. 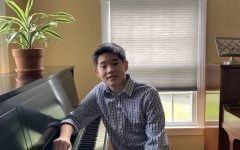 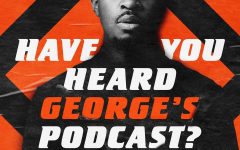 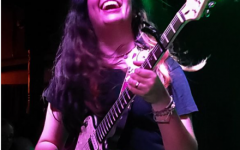 Rocking and rolling with Soraya Rafat 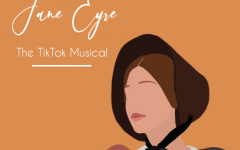 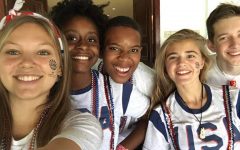 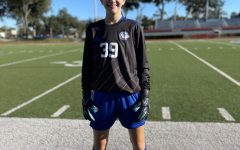 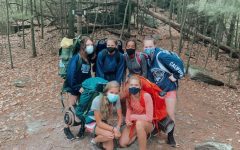 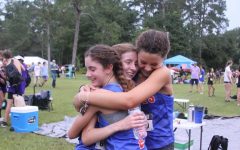