Wilkins (top middle) among her fellow poll workers. Photos can’t be taken during work hours so this was taken after the polls closed. (Credit: Katioa Wilkins)

Wilkins (top middle) among her fellow poll workers. Photos can’t be taken during work hours so this was taken after the polls closed. (Credit: Katioa Wilkins)

To be a poll worker you must be 16 years old so this was Katrina Adewale’s (’23) first year. Katioa Wilkins, parent of three Bolles students, has been volunteering since 2016.

Both women agree that working at a polling station during the 2020 election was an education in the democratic process. Adewale manned a station in St. Johns County and Wilkins worked as an Inspector Technician at Polling Site 610 in Mandarin.

Adewale worked at the Earth Fare grocery store, on a two-day shift that ran from 7 a.m. to 6 p.m. each day.

Adewale chose to wear a face shield instead of a mask for her long shifts. Poll workers must work for three days, making $13.50 an hour for early voting and $200 on election day.

But, for Adewale, the pay was secondary. “You’re having a part in democracy,” she said.

At each polling site, Wilkins stated, “there are 12 people, split evenly by party affiliation” at each station.

Adewale said that three poll watchers were stationed in each area of her polling location and that during their five-hour shifts they did not talk to poll watchers, only observed.

As the legitimacy of the 2020 presidential election continues to face ongoing legal action, Wilkins said that from her experience working behind the scenes, she doesn’t know how fraud could happen as her experience was seeing votes counted “in real time.”

Wilkins shared the story of a voter who came into Wilkins’ polling location at St. Justin of the Martyr Church in Mandarin saying that she’d voted via mail but could not find the record of her ballot online. Wilkins scanned the woman’s driver’s license and immediately pulled up the record of the date and time it was received.

Wilkins staffed the polls for elections in March, April, and the big one on November 3rd. Since the primaries happened during the 100th anniversary of Women’s Suffrage, she and her fellow poll workers shared that fact with incoming voters. “I really do feel every vote counts,” said Wilkins. “Everyone has a voice and an opportunity.”

Both Adewale and Wilkins stressed how their training emphasized voter accessibility. Wilkins said, “You can’t do anything to make it hard for people to vote.”

However, Wilkins said many people don’t realize that while you can early vote at any location, on election day you may only vote at the polling site where you’re registered. Adewale shared the story of one man who came into vote near poll closing time, realized he was in the wrong county, and sat down to wait for a provisional ballot only to get frustrated by the wait and leave, missing his chance to vote.

Finding poll workers can be a problem, especially when an election is predicted to be contentious. Adewale said, “Lots of people said they wouldn’t do it. Lots of people canceled so there are always open slots.” Wilkins admitted to being “apprehensive.”

Adewale found kindness. “People ask how your day was. People thank you for your service.” One kid came in to vote with his parent and gave Adewale a high five. Wilkins said some people “bring treats” to poll workers as a thank you.

Wilkins said she saw at least 10 first time voters, including some who were older. Wilkins stated, “They were really excited. They had decided that this was the election where they felt like they wanted to vote.”

There were so many voters at Earth Fare that they ran out of “I Voted!” stickers. Adewale had to create a makeshift sticker and sign it so one first-time voter could prove to her college professor that she’d voted.
Adewale came away from the experience feeling more politically engaged. Adewale said, “In the last one, I didn’t pay attention.This time, I was looking at the electoral map and guessing who would win.”

Working behind the scenes increases knowledge about the entire process. Wilkins points out that a Voter Registration card is not needed to vote but any photo id, even a concealed carry gun permit, will allow you to vote. Wilkins also talked about the satisfaction of being the first to know, once polls close, “exactly how your precinct voted, right then and there.”

Wilkins appreciated learning politics on a local level and the chance to get to know her fellow volunteers during 12-14 hour shifts. Wilkins often felt “like the new kid on the block” as many poll workers are retirees but she said, “there’s a fair mix of everyone.”

No matter what happens in the near future, both women state a firm intention to volunteer again in the next election.

Wilkins said she admired the work political parties put in to get people to the polls. “People’s eyes are opened to the impact of what our process is,” she said, “This has sparked a real awakening. Now I think people see that their vote matters.” 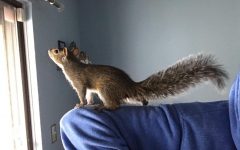 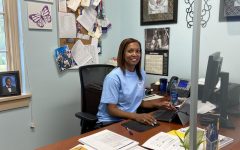 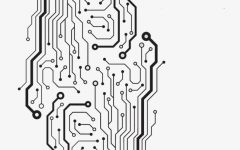 IT Reboots and Troubleshoots

Running a club in a hybrid school environment is a challenge for all club presidents. Attendance, action items, and fundraiser plans have persevered d...