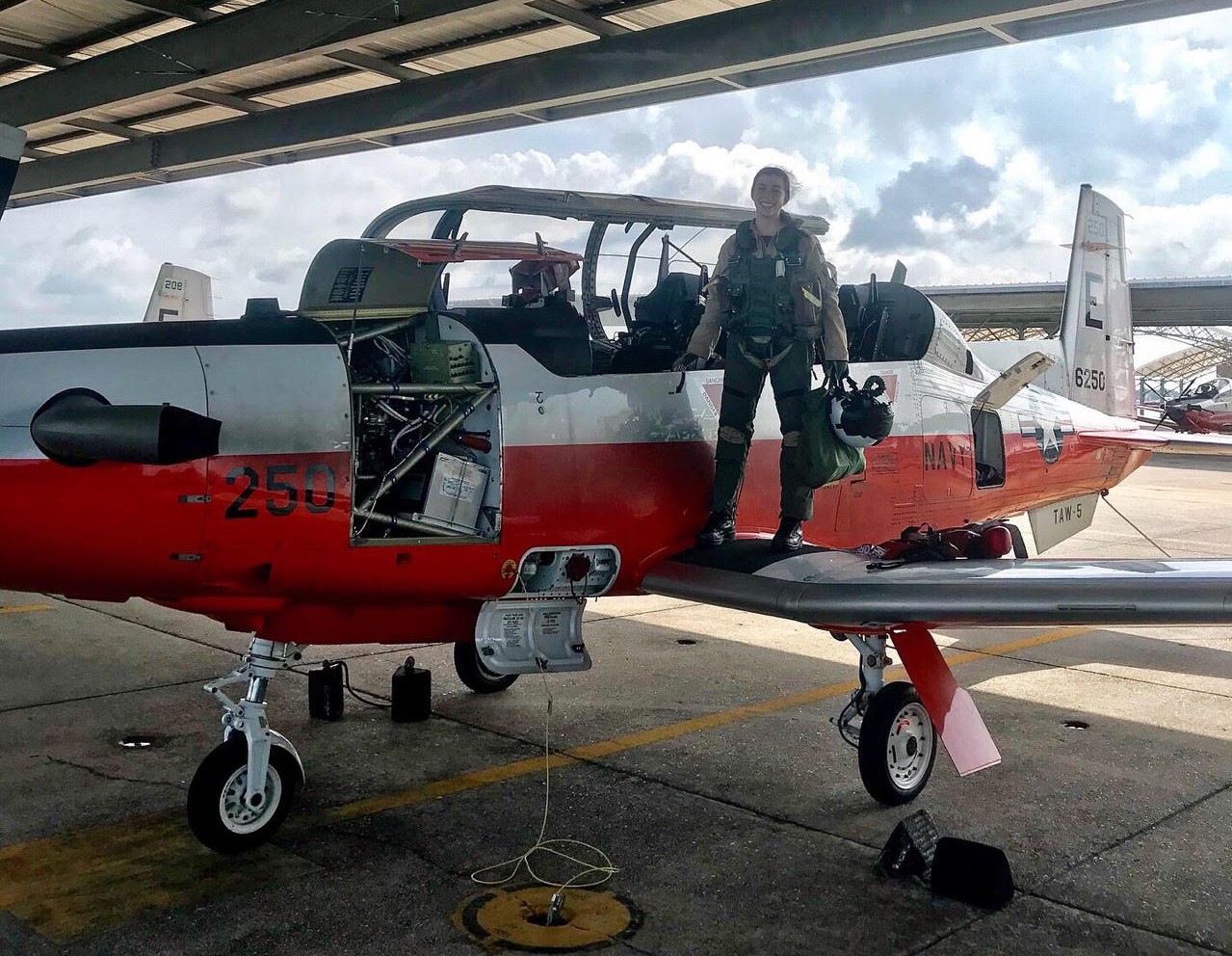 Gaitantzis proudly stands on the wing of her T-9 while it is being fueled and looked over. (Christine Gaitantzis)

Gaitantzis proudly stands on the wing of her T-9 while it is being fueled and looked over.

The daily rush-hour-like aerial activity at Naval Air Station Jacksonville (NAS) had just begun and this nerdy, adventurous Junior’s soul was soaring. “I’d sit out there during my free period and visualize myself doing that one day,” Christine Gaitantzis said, reminiscing on her “Top Gun” dream. But “I was not the one you’d expect to go to a military academy.”

Fast forward seven years, and she is flying the T-6 to NAS Jax, right over Bolles, practicing landing and taking off on that runway.

However, her journey to piloting wasn’t without its turbulence.

At the Naval Academy every Junior gets measured, physically, as a part of their medical exam. “I found out that my arms were too short to be a pilot, so I was completely disqualified from aviation,” Gaitantzis said. “It rocked my world. I had the will, and I did everything humanly possible to become a pilot, all for that dream to be crushed over the length of my arms.”

“Yet, I persisted. I would hang from a pull-up bar every day and I stopped lifting weights in an attempt to stretch my arms out. I got re-measured—still too short.” Gaitantzis’s last chance was to get measured in Pensacola. So, over spring break, she flew home from Maryland to Jacksonville, picked up her car, and drove five hours to Pensacola to meet with an anthropometrist in a “last ditch effort” to make the arm length quota.

And… still too short.

“Getting told I’d never fly, after only making my life decisions around being a pilot, was a huge obstacle to overcome,” Gaitantzis reflected. “I turned down the Air Force Academy to go to Georgia Tech and do NROTC because I specifically wanted to be a navy pilot.”

Nonetheless, “I couldn’t hang my hat on something that might never happen, when it seemed like the universe was clearly telling me to move on.”

That very summer Gaitantzis changed direction, starting her summer training on water in preparation to serve as a Surface Warfare Officer (SWO).

“In that time, I did a lot of soul searching.” Questions like, “why was I at the Naval Academy if I wasn’t meant to be a pilot?” ran through her head.

“That’s where I realized that the Naval Academy is not about making my personal dreams come true. It’s about becoming a leader and serving this country.”

“I finally came to terms with my new reality, and even became more proud over time just to have the opportunity to become an officer at all, no matter which capacity it was in. I truly came to a place where I wanted to serve wherever I would make the most difference.”

I’d sit out there during my free period and visualize myself doing that one day.”

Thus, Gaitantzis realigned her opinion on becoming a SWO. “I am a Floridian born and raised—I love the ocean and being out at sea. I started reorienting my mind to become a sailor. I spent a collective two months at sea throughout summer training and got to go to California, Oregon, and Hawaii. I loved the adventure.”

Even so, her heart still resounded to the thrum of engines, her soul still ready to take flight…

The summer after her time at sea, Gaitantzis was obligated to attend the French Naval Academy for a semester abroad. But, before she left she “got a text from my friend who I did NROTC at Georgia Tech with.” Her friend was in Pensacola being measured for her pilot medical qualifiers, and “while she was getting measured she saw my name on a sticky note on someone’s computer and wanted to let me know.”

“I emailed the measuring lady just to check in and see if the rule had in fact changed, and she said it did and that I was qualified!”

The only problem was, Gaitantzis had to be at the Naval Academy when school started back up to get re-measured. “I [had] found this out the same day that I was supposed to be leaving on a plane to go to France for the entire semester.”

“I gave up those sixth months for the chance to get measured in one day,” remembered Gaitantzis, “which didn’t even mean that I’d be selected to fly anyways. I had spent a whole summer on a ship, after all, instead of training with aviators, so I wasn’t exactly high-priority to be selected for pilot.”

But she knew, if she left for France, that she would always wonder what would have happened if she stayed. If she had chosen to be a Navy pilot over a SWO.

“I needed that whole saga to happen to me,” Gaitantzis reflected. “I only saw the Naval Academy as a stepping stone for me to accomplish my dream. But the truth is, even if you have the will, it might not be what’s meant for you.”

In fact, “it’s about serving in whatever way I’m needed. I feel I needed to learn that lesson, as well as fully lose my “identity” as a pilot, to have it given back to me by God or the universe or whatever you want to call it. Now I know that what I do doesn’t make me who I am.”

Once “I got to the point where I was just so grateful to be attending college for free, and to be on the path to serve as an officer, then the opportunity to fly presented itself to me again. And I chased it again. Except this time, becoming a pilot wasn’t the end all be all. I was finally grounded in who I was as a person that I was ready and excited to accept whatever service selection I was given.”

Before she knew it, Gaitantzis was sitting in the pilot’s seat of a T-9 Turboprop, revving up for her first flight after hours of studying charts, frequencies, altitudes, and “chair flying.”

“I honestly don’t remember too much from my first flight because I was so focused on figuring out what to do!” Gaitantzis remembered, reminiscing about her first experience in the air. “The very first time I had to fly by myself, I remember thinking that the pilot school was crazy for trusting me with an airplane by myself.”

But “when you get on that runway and look straight down it, there’s nothing else you can think about except the task at hand: getting off the ground… It’s always a great feeling: just leaving everything else on the ground and focusing on one thing for the next hour and a half. It’s almost like meditation in that sense. High speed meditation.”

Even now, Gaitantzis’s favorite flying memory occurred close to home, with her flying one of the planes she saw almost eight years ago. “I flew from Pensacola to Jacksonville, and then landed at Jacksonville International to meet up with my mom for a quick hour before I had to take off again and keep training.” She knew that, just 22.8 miles away, across the river from NAS, was the spot where her dream began to take flight.

Ian Wilkinson, Contributing Writer
Junior Ian Wilkinson is a first-year contributing writer. Other than participating in the Bolles Crew program, competing in annual piano competitions, and being an active Boy Scout, Ian enjoys music and trying new things. In the future, he would like to pursue a career in the Biomedical field. 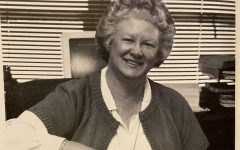 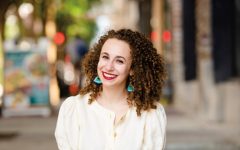 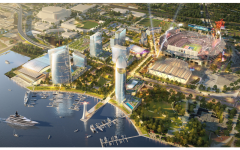 Jax Schools Respond (Or Not) to Capitol Insurrection

In response to January 6th insurrection, few Jacksonville schools released official statements. Bolles did not release a statement, but neither Epi... 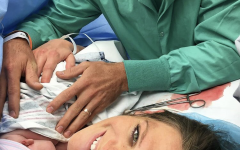