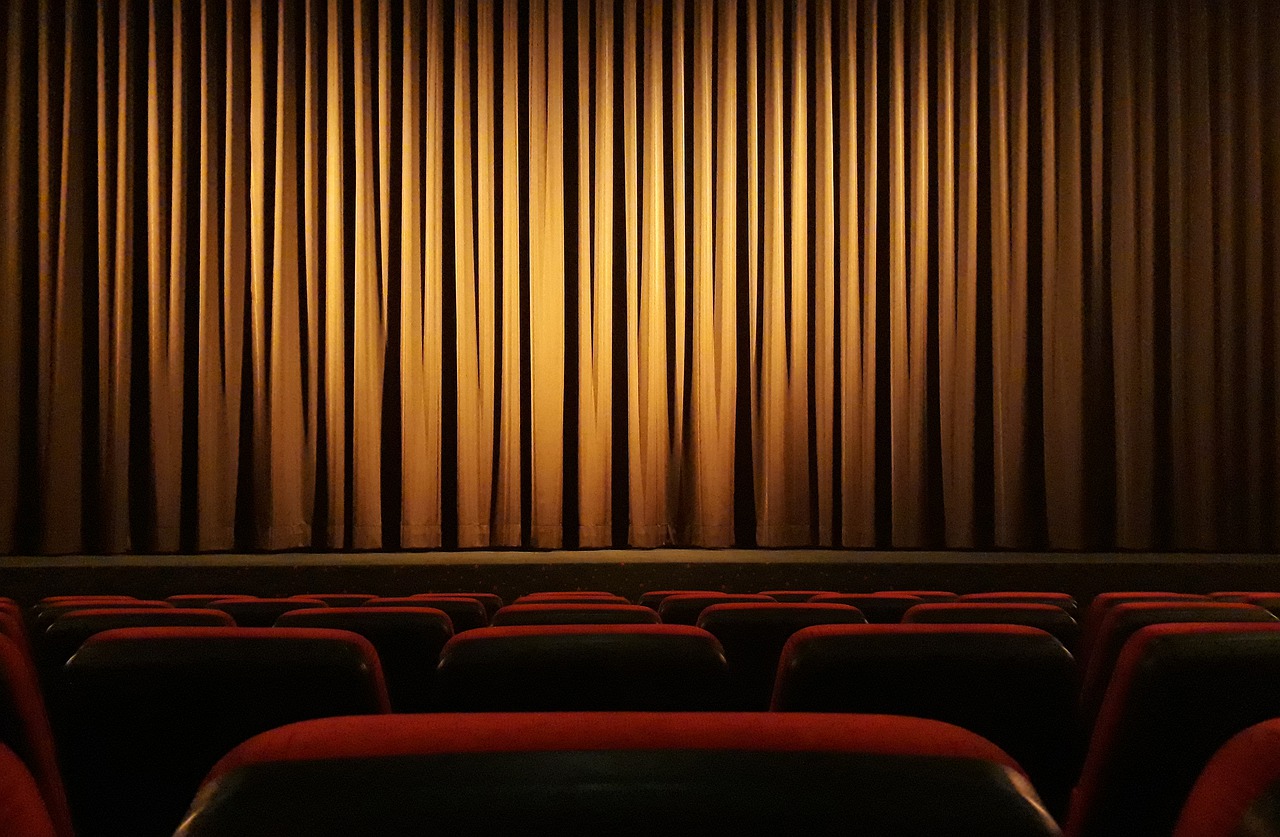 Diversity in film: does it matter?

Why diversity matters in film

A popular phrase used against diversity in film is “forced diversity,” as if that’s a thing. In real life, there is no forced diversity, people just exist with their diverse identities. Forced diversity is a label given to media in which critics feel the existence of women and minority groups is somehow not cohesive within the universe of the story being told, which is quite frankly ridiculous.

For example, some Star Wars fans were outraged by Star Wars: The Force Awakens, because the main character, Rey, is a woman. While there are legitimate criticisms of this movie, these fans argue that having a female main character is somehow against the spirit of the series. This could not be further from the truth. In the original trilogy, the character with arguably the most agency is Leia. Even when she is enslaved by Jabba the Hutt, falling into the “damsel in distress” trope, she frees herself, thus upending the trope.

Not only does the upending of popular tropes make for interesting story lines, it is also important for diversity. Many popular tropes rely on unfortunate stereotypes, such as the damsel in distress.

Yet another popular fallacy is that diversity in film is entirely new, which is simply untrue. In fact, in Batman (1966), Black actress Eartha Kitt was one of the first people to play the role of Catwoman on screen. In the same film, she appeared alongside Cuban-American actor Cesar Romero, who originated the role of the Joker. Although their ethnicities were not a part of the story, simply seeing people on screen who look like you can still be very powerful.

Representation is helpful for quickening societal acceptance of historically marginalized groups. Take LGBTQ+ representation for example. Positive portrayal of queer people in media mirror favorable public opinion of gay marriage. According to the Pew Center, public opinion favoring gay marriage went from 36% in 2005 to 67% in 2017. According to a University of Tennessee Chattanooga statistic, in roughly the same time period, the amount of mainstream television shows with regularly appearing LGBTQ+ characters went from around 1% to just under 7%. If there is such a strong correlation related to such a small change, imagine what a bigger change could accomplish.

The main problem with diversity in media is that it is often done in the form of rebooting movies that originally had little to no diversity, like Annie (2014) or Ghostbusters (2016), instead of creating new diverse narratives built for new diverse characters. The latter strategy is why films like Black Panther (2016) and Shang-Chi And the Legend of the Ten Rings (2021) are so successful.

Another argument in favor of diverse cinema is that not every film needs to apply to the majority of those in a society. Virtually every piece of media in Western society for the past 400 odd years has catered directly to the gaze of the average straight white person, and it’s only fair that more niche groups have media specifically made for them, with humor and in jokes specific to that group.

For example, the 2020 film Shiva Baby, was written by Jews with a specifically Jewish audience in mind. Without the extensive cultural context of being immersed in Ashkenazi-American culture, much of the comedy would make no sense, and/or seem almost violently antisemitic, but because it was written by Jews for Jews, it is understood to be ironic.

Incorporating diversity into any type of media is difficult. Each minority group has stereotypes that writers need to take pains to avoid. However, although it is not an easy task to achieve, it is a highly necessary step to help society progress more than it has already. 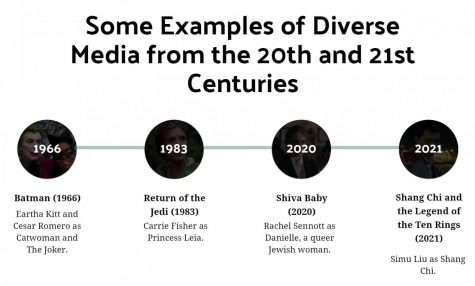 Atticus Dickson, Contributing Writer
Senior Atticus Dickson is a third-year Bugle staffer. As a history enthusiast, he would travel back in time to live in the Mali Empire under Mansa Musa and experience the historic art and culture. In his free time, Atticus bakes, cooks, and draws, and he feels he could not live without making and drinking tea. He strives to write more opinion pieces this year.

Although diversity in film is great, having a great story that supports and explores that diversity is even more important. Today, diversity is used unfortunately by companies wanting to pander to specific groups, often ruining franchises.

Hollywood has been diverse before “diversity” was ever an issue. Asian representation was dominant back in the 90’s with titles like Enter The Dragon, starring Bruce Lee, whose movies introduced Asian Kung Fu films into western society, becoming an inspiration for modern day films such as Shang-Chi and the Legend of The Ten Rings These films showcase Asian culture without stereotype, meaning diversity is integral to their incredible plot.

The Alien Franchise and Pulp Fiction are examples of movies with strong female characters all the way back in the 80’s. Alien’s Ellen Ripley displayed great cunning and resourcefulness in evading and killing the xenomorph. Mia in Pulp Fiction became an icon of feminism.

The Terminator duology excellently portrays Sarah Connor transforming from a damsel in distress, into a badass female lead.

Fast forward today, the latest film in the Terminator franchise is Terminator Dark Fate. Like the 90’s duology, these films featured strong female leads. However, the film took plot beats from the 1994 Terminator 2, instead of John Connor being the main focus of the film, he is killed off in the first 5 minutes, with the lead instead given to an artificially enhanced woman named Grace. , Simply swapping out the character’s gender and resetting the franchise does not make for an entertaining movie, which is reflected in it’s viewer reviews.

Another example of reviving franchises to pander to audiences was Ghostbusters 2016, which features an all female cast. Like Dark Fate, this film borrowed many plot points from the original ghostbusters, wearing the mask of an all female cast trying to pick up on the nostalgia. Again, this film featured lower audience ratings.

Pandering to specific groups can be possibly offensive if not done correctly. In the trailer for the Netflix show Q-Force which featured characters from the LGBTQIA+ community was criticized in the youtube comments for appearing to use extreme stereotypes and trying to make a show to pander to LGBTQIA+ viewers. YouTube user Ultimate Cringe scoffed “this trailer is the longest and most complicated slur I’ve ever been called”. This undermined the success of the show, which was acclaimed by viewers.

I have also noticed some pandering affecting the Marvel Cinematic Universe shows on Disney+. Loki and Wandavision were solid shows that I found to be genuinely entertaining. However, I could not say the same thing for The Falcon and Winter Soldier. This TV series had entertaining character banter as well as awesome fight scenes. However, the part I did not like about it was the execution of it’s exploration into the theme of oppression. Some moments, such as Sam Wilson being harassed by the police for being black, as well as Sam’s speech at the end of the series felt very forced and inorganic. Even if the show was mostly entertaining, these moments made the show hard to watch.

From the 1980’s to today, movies have been consistently very diverse in terms of casting. The main change that has occurred however is the story becoming less of an issue to capitalize on diversity. The main purpose of going to the movies is to experience a stellar story with your friends and family. To me, seeing a remake of an old franchise like Ghostbusters with an all female cast and almost nothing else new is something I won’t find entertaining. Diversity with the sole purpose of pandering to an agenda to make a quick buck to me, is not real cinema.

Although, there has been much improvement in recent years. Shang Chi and The Legend of The Ten Rings is an incredible movie that had a solid plot as a foundation for diversity, creating an incredible film with rich characters. Quentin Tarantino’s Django Unchained gave us an entertaining Black Western that borrowed real life concepts for an excitingly over the top film, the cast supporting it’s exploration of black culture relating to slavery. The new Dune has a talented and diverse cast that is extremely important to it’s plot. As long as Hollywood keeps promoting solid, story focused movies, with a diverse cast to support it, I believe our movie experiences as well as studio revenue will skyrocket. 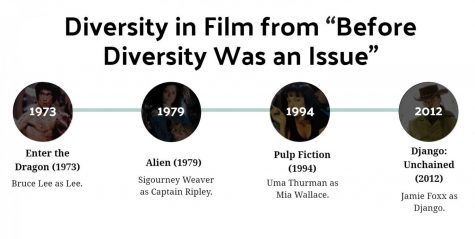 Raphael Sogueco, Contributing Writer
Raphael Sogueco is a junior and a first-year Bugle staffer. When not playing video games or playing tennis, Raphael is an avid music lover who enjoys playing a variety of instruments and making his own music. In the future, he aspires to study medicine and to develop new medical technology to help others.