On TikTok and other social media platforms, the term “pick me girl” has escalated in popularity.

Picking the “pick me girl”

She justifies herself to men and women alike: she is not just any regular girl.

No, in fact she is quite the opposite. She is irregular in the realm of the feminine. She skateboards and drives fast cars. She eats only burgers when she goes out and she is not — definitely not — like other girls. She more adequately fits into the masculine sphere.

And yet, this image only barely scratches the surface of the true nature of what TikTok recently named a “pick me girl.”

Beginning as a term unattached to any one woman, “pick me girl” rose to its height in the fall of 2021, aimlessly stringing itself onto the names of TikTok celebrities. Kendall Jenner, Addison Rae, and Charli D’Amelio have all been criticized for being “pick me girls” on YouTube and TikTok. Video compilations of these women point out— to an easily-influenced social media audience—that they exhibit “too cool” or “too attention-seeking” behaviors.

The TikTok “pick me girl” is a socially constructed image of a girl who craves attention and bends easily to the will of men for the purpose of establishing an affinity with them, but these definitions are all skewed representations of a woman facing the giant of internalized misogyny.

The “pick me girl” represents the decades-long triumph of male-dominated, sexist institutions meant to tear women down. Before these institutions can utter a sexist syllable, the “pick me girl” imposes that misogyny upon herself by altering her behavior to fit behavior accepted by men (a girl whom they can converse with about sports, politics, and other traditionally masculine topics).

But because the term is mostly propagated by “feminist” women against women, the idea of the “pick me girl” sets up the notion that a woman must master both femininity and masculinity to be accepted by both women and men. Master only femininity and men refuse to talk to you, as they assume the nature of the conversation will veer towards traditionally feminine topics (clothing, makeup, hair, etc).

Master only masculinity and women alienate you, considering you as a shapeshifter of sorts: one that shapes their personality around more traditionally masculine topics.

How about we kick patriarchy to the curb by loving and supporting one another? I call for a cease fire against the “pick me girl.” A “pick me girl” is a woman that ideates strongly, writes beautifully, leads firmly, creates thoughtfully just like any other woman and human. So let’s treat her like one. 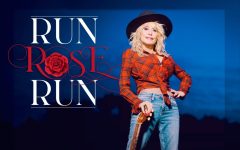