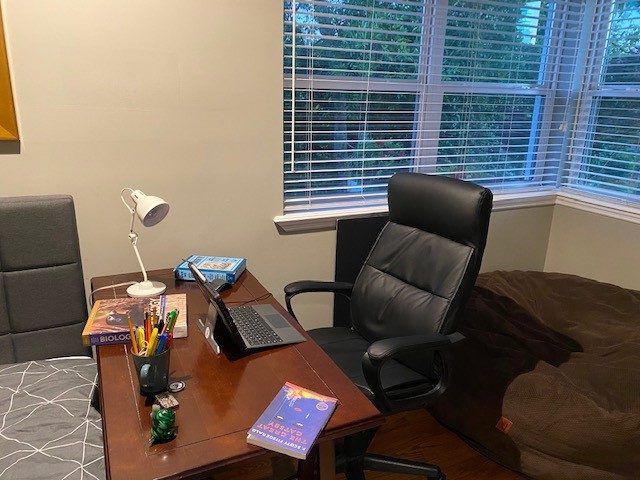 Doing school from home offered me many distractions that would sidetrack me from my schoolwork.

I know this is going to sound very cliché but I think I handled 2020 pretty well all things considered. I know I did not have it nearly as hard as a lot of people did so I feel weird complaining about the trivial aspects of it but those were really the only ones that affected me so I am going to complain about them anyway.

I never got sick, I never lost my job, I never lost anyone in my nuclear family, and I never had to worry about where my next meal would be coming from.

I did however lose my ability to be with my friends and really do anything outside of the house. Yeah, I know this was a common theme for everyone all over the world so, again, it seems like I don’t really have the right to be complaining about it, but it really affected me much more than I predicted it would when lockdown first began. I mean sure when it first started and school was cancelled for a week I was actually pretty happy. Never before had I been able to spend an entire week in sweatpants without ever having to go on errands or do anything like that. As that week stretched into many months however, my perspective quickly changed.

My schoolwork became more of an afterthought as it was incredibly hard for me to focus after being cooped up in the same room all day for school and then for the rest of the day just to kind of mess around at home and spend hours upon hours of YouTube. This is something I still struggle with today as I have procrastinated on schoolwork this year much more than in years prior which I attribute to the bad habit I created over quarantine.

I became very isolated even in my own home because, while I love my family, they do unintentionally get on my nerves quite frequently when we are living in close quarters 24/7. As much as I love him, there is a limit to how many times I can sanely play junior monopoly with my seven year old brother and I think I quadrupled that limit last summer.

Since then I learned how to meditate which helped me cope with all the 2020 stress that accumulated over quarantine, I go for daily runs to clear my head, and I try to limit the amount of time I spend on my phone so that I have more time after school work to relax a bit. Admittedly, I still have a long way to go to fix my procrastination habit that stems from my lack of drive working from home, but I could not be more thankful that life is starting to get back to normal after such a crazy year.