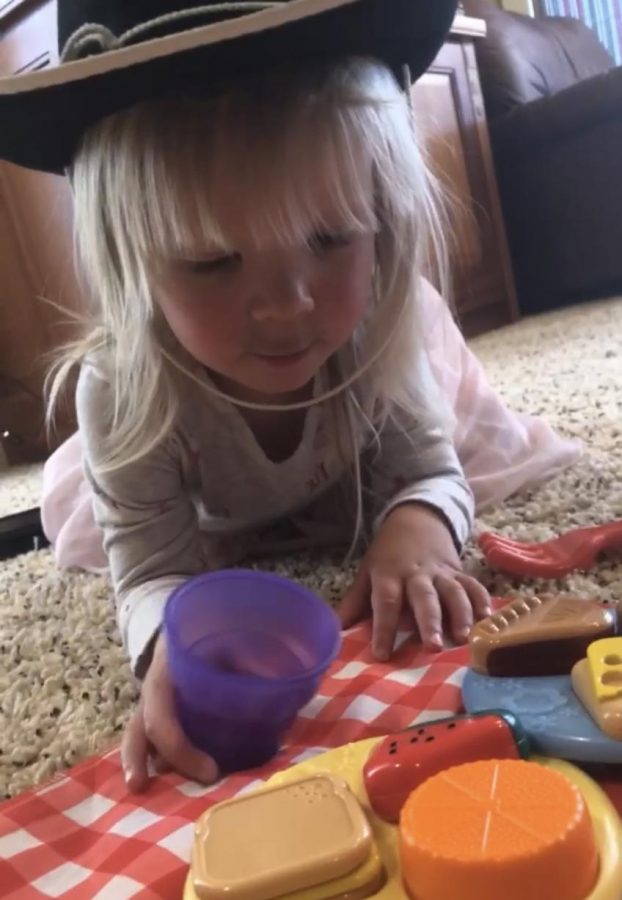 My cousin, Olivia, sitting with her cowgirl hat as we play picnic together in the computer room of my grandparents house.

When looking back on 2020, one of the good memories that flows through is when I had visited my cousins in Oregon during the late summer. If COVID had kept a pause on plane rides at that time, I most likely wouldn’t have gone. My youngest cousin was around 2 and this was only the second time I had seen her since 2018. She was just a couple months old back then and constantly cried. She liked no one but her parents, mainly because she was so little. So, I never had the chance to grow a connection with her.

When I arrived in early August she let me hold her and play with her. I was surprised since two years ago she wouldn’t let me go near her and the two times I held her she just cried, but I didn’t waste time thinking about that. I only had a week to somehow establish a relationship with her before I returned home. Even with a chaotic year like 2020, times like this would shine through with some light of positivity telling me to cherish the smaller moments.

I still remember her glossy cheeks when she smiled all big. The way her eyes glowed when I agreed to play picnic with her as she wore that cowgirl hat. Her little legs carrying her body across one side of the house to the other as I chased her while saying in that obnoxious little kid voice, “I’m going to get you, Olive!” My other two cousins followed behind, shouting and making a mess which we’d have to clean later. But I didn’t care. I just remember feeling nothing but happiness in that exact moment.